Penalties for fines and damages

At present, this regulation is increasingly used by the parties as an effective means of protecting their interests in economic cooperation contracts.

1. Commercial Law 2005 states: "A breach is an act where the breached party requests the breaching party to pay a fine for breach of contract if it is agreed in the contract". According to the above regulations, the subject has the right to claim the infringer as the infringed party, the obligee is the offending party, the object in the relationship that the parties to the penalty is a fine.

Violation can only occur if the parties have a specific agreement in the contract. This means that the penalty is an agreement between the parties so one party can not ask the other party to be fined if the parties do not agree in the contract on the issue. In practice, however, there are cases in which one party is required to impose fines, although the parties have no rule in this matter, simply because they think they have a right to protection under the law. His rights and interests have not been complied with by the other party under the contract. Due to lack of understanding of the law, the parties did not distinguish the sanctions as prescribed by law and did not protect their legitimate interests in the most accurate and thorough manner. So, first of all we have to determine what is the contract violation? How serious is the violation of the rules?

2. "Contract breach means the failure by a party to perform, improperly perform or improperly perform obligations as agreed upon by the parties or under the provisions of this Law" 2. In the opinion of the majority of lawyers, breach of contract to punish violations is a fundamental violation, seriously affecting the rights and interests of a party in the contractual relationship. It is "a breach of contract by one party to the detriment of the other party so that the other party fails to achieve the purpose of entering into a contract" 3. However, it should be emphasized that breach of this contract may or may not cause actual damage, the infringed party has the right to request the breach of the contract.

Therefore, in order to penalize the violation, it is possible to make full use of the ability to protect the legal interests of the contract. When drafting contractual agreements, the parties should provide for fines. as well as the conditions for conducting the fine in the most detailed and specific way. In the event of a breach, the parties shall not be perplexed in determining the correctness of the facts, nor shall any undue disputes occur in the cooperative relations, resulting in unintended consequences. current business relations as well as in the future. In fact, there have been unfortunate events leading to unwarranted disputes between the parties due to lack of understanding of commercial law in general as well as penalties in particular.

3. In order to be able to apply the penalty fine correctly, it is necessary to distinguish between this sanction and the liability for damages. We raise this issue because, when a contract arises, although the parties do not have an agreement to fine, the parties still pose a fine for breach of the agreement. often damage. According to the provisions of the Commercial Law 2005: "Compensation for damage is the breach by the breaching party of the damages caused by breach of contract to the infringed party" 5. In order to be compensated for damage, the claimant must prove that actual damage has occurred, contract breach or breach of contract is a direct cause of damage. harm6. At the same time, the party claiming damages must take reasonable measures to limit losses7. Of course, the offender does not fall into the exemptions provided by the commercial law. According to these regulations, in order to be compensated for damages, the infringed entity must undergo a process of proving the loss or damage caused by contract breach. 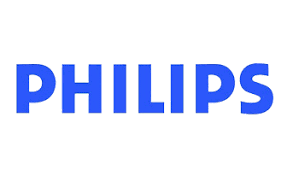